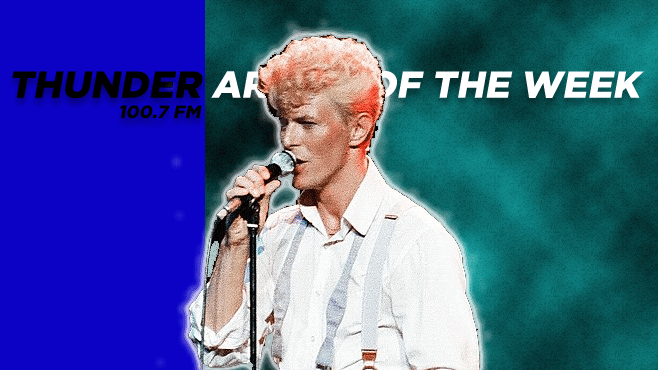 David Bowie is the Thunder featured artist of the week. We lost David Bowie on January 10th 2016 as he lost his battle with cancer.  Born David Robert Jones but know as David Bowie. He was a leading figure in popular music for over 5 decades and acclaimed by critics and other musicians for his innovative work.  Bowie has sold over 140 million albums worldwide and was inducted into the Rock and Roll Hall of Fame in 1996.